This definitive collection, with 97 songs and a running time of over 6 hours, includes all of Peter Combe's previously released videoclips and performances from 1989 onwards. There are 2 new clips - one for the all time favourite Wash Your Face in Orange Juice (Mr Clicketty Cane) and another for the incredibly cute Fairies in the Garden plus classics like Newspaper Mama, Toffee Apple, Spaghetti Bolognaise, Juicy Juicy Green Grass, Chopsticks, Happy Christmas to You, Mr Spook, Tadpole Blues, Happy as Larry, Jack & the Beanstalk, Tell Me the Ti-i-ime Please, Rain and Little Groover. Another unique feature is the performances of Peter's 4 children Joni, Alice, Emily & Thom in various clips and concerts. In his 2008 concert, Live at Jive he performs all his kids 'hits' to the 20 somethings who grew up on his music in the late 80's and want to hear the songs again and again. There's also an interview with Peter in which he talks about his career and writing songs for kids.

DVD 2
The Absolutely Very Best Of Peter Combe In Concert (1992, 57 mins) With the 'Chopsticks' band, Suzuki violinists and flautists, the Combettes on backing vocals and Helen Beinke's Dance Arts. A superb concert recorded live at the Dunstan Playhouse, Adelaide in 1992. Tracks: Australia Hooray Hadrian's Wall Chops & Sausages Rock & Roll Is All You Need Rain Nutrition Blues Tell Me The Ti-i-ime Please Happy As Larry Chopsticks Jack & The Beanstalk Saturday Night Wriggle & Roll Juicy Juicy Green Grass Stuck In A Pizza Toffee Apple Spaghetti Bolognaise Newspaper Mama
Peter Combe's Christmas Under The Stars (1991, 60 mins) Once again available! A beautiful Christmas concert recorded live at the Adelaide Festival Centre in 1991 with the Jingle Bells Band, Adelaide Girls Choir and Helen Beinke's Dance Arts. Tracks: Tell Me The Story Of Christmas Rejoice Rejoice Christmas Child Star Shines Bright Hang Up Your Stocking Ping Baby Lying In A Manger Christmas Is Coming Love & Joy To You A Merry Christmas Little Drummer Boy Fear Not For I O Little One Silent Night Mary's Boy Child Happy Christmas To You.
The Making Of Spook The Videoclip (1993, 31 mins) Peter takes you behind the scenes to reveal the secrets of filming a TV clip.

PLEASE NOTE: This DVD Collection is for Australia Zone 4 Region and is in PAL Format (Australia/New Zealand/UK/Europe), so if you have a multi-region DVD player and compatible TV for both PAL & NTSC signals you should be able to play this DVD. If you are in the USA, Canada, South America, Japan, it is best to check that your DVD player and TV can play Zone 4 and PAL before ordering this collection of DVDs. 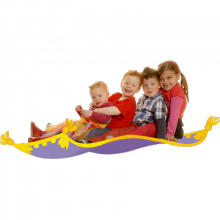