Here are four of the most loved children's fairy tales of all time, read and sung by one of Australia's best known entertainers, Peter Combe - winner of three ARIA Awards for Best Children's Album and famous for such songs as Wash Your Face In Orange Juice, Newspaper Mama, Spaghetti Bolognaise and Toffee Apple.

This recording is unique in that these stories, loved the world over, are often read by English and American performers and have rarely been recorded by an Australian. Peter Combe tells them in classic style, with warmth and humour, and with the added bonus of a song to go with each story. Peter is well known for his quirky sense of humour, superbly crafted children's songs and beautifully produced CDs, and he is widely recognised as Australia's finest children's song writer. 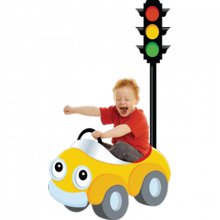