Adelaide based Peter Combe is a former school teacher and has performed thousands of his hugely popular children’s shows all around Australia, as well as making many television appearances both here and in the UK.

This 1996 release, Little Groover, comprises 15 songs written and performed by Peter, and all the lyrics are printed inside the sleeve.

Tracks:
Little Groover - There Was A Crooked Man - Run - Take Your Feet - Honey - Frog On Your Head - Monkey In The Teapot - Only One Nose - Hey John - Ning Nong (Andante) - I Just Love Peanut Butter - Rumpelstiltskin - Ning Non (Presto) - Another Cup Of Tea - Under The Starry Sky 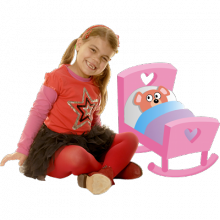